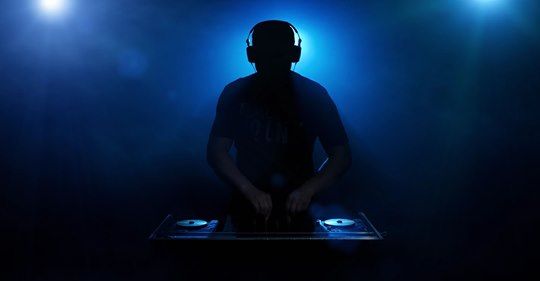 Toots & The Maytals wins 2021 Grammy for Best Reggae Album with '"Got To Be Tough".

Terri Lyons is the new 2020 Calypso Monarch, becoming only the fifth woman to win the prized Carnival crown.

Highlighting 'The Mighty Sparrow' calypso king of the world

Known as the "Calypso King of the World", he is one of the best-known and most successful calypsonians.

Born July 9, 1935, in a small fishing village of Grand Roy, Grenada, he relocated to Trinidad & Tobago in 1937. He started singing in the choir at New Town Boys RC School and at age 14  joined a steel band comprised of neighbourhood boys.

He was given his performing name “Little Sparrow” during his early career as a calypsonian, on account of his energetic stage performances. His first performance as a professional calypso singer came in 1954 with the song The Parrot and the Monkey, and he went on to have such hits as Jean and Dinah, The Queen’s Canary, Yankees Gone; and who would forget Mae Mae, The Lizard, The Big Bamboo, and many more great hits.

Sparrow’s career expands over fifty years during which he has won many awards and honors. He has been very successful in England, the USA and the world over. In 1977 he embarked on a tour of West Africa, during which he was given the honorary Yoruba title, Chief Omo Wale of Ikoyi. His works cover every imaginable topic from humor, history, social and political commentary, to science and necromancy - and are the basis of which he was conferred with an honorary Doctor of Letters from The University of the West Indies. He was also awarded Trinidad and Tobago’s highest award ‘The Order of the Republic of Trinidad and Tobago’ (ORTT).

The Got to Be Tough album was released just days before the death of Toots Hibbert, the band’s front-man, who passed away on September 11, 2020.

This is the second Grammy win for Toots and the Maytals, having won in 2005 for the album “True Love.”  The group has been nominated for a reggae Grammy five times.

The other nominees were  ‘Higher Place’ by Skip Marley, ‘One World’ by The Wailers, ‘Upside Down 2020’ by Buju Banton, and ‘It All Comes Back to Love’ by Maxi Priest.

Carol Christine Hilario “CCH” Pounder, born December 25th 1952, is a Guyanese American Actress. She has appeared in numerous plays, films, made-for-in-television films and television ministries, and had made appearance on notable television series.

Pounder was born in Georgetown, Guyana , daughter of Ronald Urlington Pounder and of Betsy Enid Arnella (née James). CCH Pounder was educated in London, and in 1970, at age 18 years old, she migrated to the United States , where she attended Ithaca College.

Above are my pick of female Reggae artist that are true representation of positivity, femininity, beauty  and  Reggae music today. Female Reggae power.          By Brian Kool. One love, smile.

Respects! to some of our vintage Soca & Reggae artist. One love.

He moved to Jamaica to pursue his dream of being a Reggae Singer, after a period of service in the army. He has had several hits in Jamaica, including "Far From Reality" and "Nice it Nice.

As a widely acclaimed artiste he has a large Guyanese fan base as well as Caribbean, European and Latin America.

His style and personality has made him a favorite among some of the top record producers and show promoters in Jamaica, and throughout the Caribbean. As a result, he has toured extensively and has performed to sold out audiences in Switzerland, Austria, France, Italy, Slovenia, USA, Guyana and through out the Caribbean . He has also performed on most of the major Reggae shows and festivals such as Sting, Reggae Sumfest, Rebel Salute, East Fest, Irie Jamborie and others.

Some of his big tunes are Far from reality, nice it nice, Babylon ah burn, revolution, never leave you lonely, cry cry smile, tell me why, Why can't we, treat her like a lady and many more. He has had several hits in Jamaica, including "Far From Reality" and "Nice it Nice.

In 2012 Natural Black cut off his locks, breaking his covenant in the Rastafarian lifestyle and dramatically altering his look. "I got up and cut off my locks Sunday morning because I looked around at my surroundings and realized that I have not been living a Rastafarian lifestyle. I want to see the changes around me, and as it relates to the upliftment of the people, the direction of the Rasta order and the walk toward perfection. That is not happening. I just see discord and chaos in the rasta community, all of it is very misleading," said the artiste, whose real name is Mortimer Softley.

The Far From Reality singer is aware that there might be a backlash from members of the Rastafarian community, but he is prepared to defend his decision them to where they are.

A noted Ophthalmologist and famous African American inventor, Dr. Patricia Bath pioneered the 1985 development of a specialized tool and procedure for the removal of cataracts.

Dr. Bath's lifelong dedication to the treatment and prevention of visual impairments has made it possible to restore the sight of many people suffering from cataracts. Because of her unwavering "Fight for the Right to Sight", Dr. Bath remains one of the most important and most famous African American inventors.

Mask up. Help protect family and your community